Ocean surface water acidity has increased by around 30% since the beginning of the industrial revolution.

Ocean acidification is the ongoing decrease in the pH of the Earth's oceans, caused by increasing carbon dioxide in the atmosphere. When carbon dioxide dissolves in the ocean, carbonic acid is formed which leads to higher acidity. 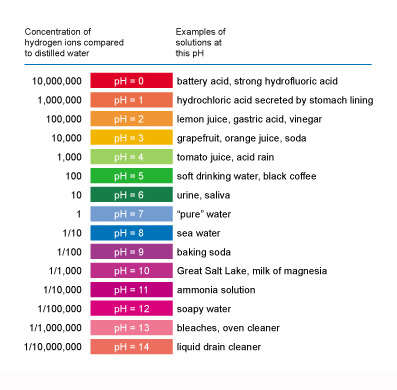 The ocean is the largest sink for carbon dioxide from human activity, absorbing around 25% of that produced annually. Atmospheric carbon dioxide dissolves into the oceans creating carbonic acid, which has led to an increase in acidity of the ocean surface waters of around 30% since the beginning of the industrial revolution. The fall in ocean surface pH is around 0,002 units per year.

For millions of years, the average pH about the ocean surface was around 8.2 (7.0 is neutral). Today, it is about 8.1. A drop of 0.1 may not seem much, but the pH scale is logarithmic.  So a 1-unit drop in pH means a tenfold increase in acidity. A change of 0.1 means a roughly 30% increase in acidity.

The building blocks for the skeletons and shells of many marine organisms are calcium carbonate minerals. The abundance of these minerals will decline as the sea becomes more acidic. This can have dramatic effect on coral reefs and species needing calcifying minerals, including oysters, clams, sea urchins, shallow water corals, deep sea corals, and calcareous plankton.

Ocean acidity can also affect the behavior of non-calcifying organisms as well. The ability of some fish to detect predators is decreased in more acidic waters. When these organisms are at risk, the entire food web may also be at risk.

Future predictions indicate that the oceans will continue to absorb carbon dioxide, further increasing ocean acidity. Accordingly, by 2100 the ocean could have acidity levels nearly 150% higher, resulting in a pH that the oceans haven’t experienced for more than 400,000 years.