Plastic in the oceans never goes away and kills 700 marine species and over 100 million marine animals and mammals each year.

The world is currently producing 300 million tonnes of plastic each year. A recent report published in 2018 by the UK Government Office for Science shows that plastic sea pollution is projected to treble between 2015 and 2025. Plastic in the ocean never goes away, it just breaks down into smaller and smaller pieces becoming microplastics. 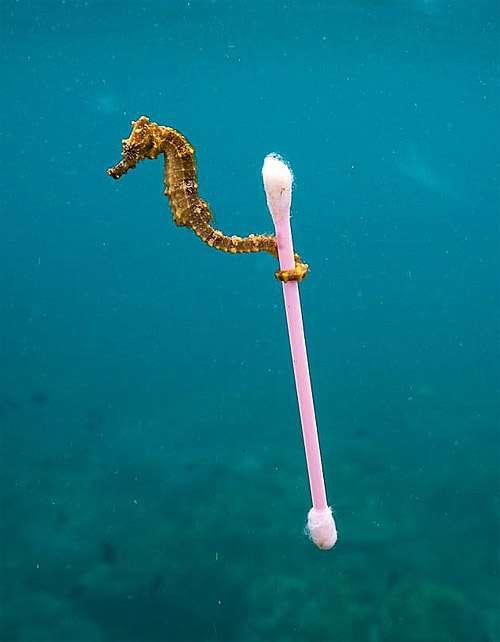 Between 5 million and 14 million tons of plastic is swept into the oceans every year. Some of that debris washes up on beaches, even on the world’s most isolated islands. About 5 trillion pieces currently float in surface waters, mostly in the form of tiny, easy-to-swallow fragments that have ended up in the gut of albatrosses, sea turtles, plankton, fish, and whales.

As plastics break down, a cocktail of chemicals leach out and the plastic becomes like a sponge, absorbing other ocean pollutants such as persistent organic pollutants (POP's). Studies have shown that plastic can adsorb concentrations of toxic pollutants almost 1 million times greater than their concentration in sea water. Perhaps unsurprisingly, plastic contamination is slowly killing the human race.

Plastic ultimately enters the entire ocean food chain from plankton through to fish and whales. Plastic can also causes injury and death to whales, dolphins and porpoises through blockage to their gastrointestinal tract.

A recent study has revealed that plastic has been found in the digestive systems of every seal, dolphin and whale washed up on British shores.

The majority of sperm whale deaths in the Mediterranean is caused by plastic. A recent study found that, since 2001, over one third of 24 sperm whales had died from plastic ingestion. The reports of plastic killing whales and other sea life seem endless.

It is predicted that by 2050, there will be more plastic by weight than fish in the sea. Ingesting plastic has life-threatening effects on wildlife - and this plastic eventually ends up being digested by humans. European shellfish consumers are at risk of consuming 11,000 fragments of plastic each year, according to a recent Belgian study.