The legacy of millions of tons of sea dumped munitions will increasingly add to the already toxic oceans with unknown consequences.

Vast quantities of conventional and chemical munitions have been extensively dumped into the oceans since World War I, with little thought given at that time to the consequences for the environment. The underwater munitions problem is widespread globally but has received surprisingly little attention.

While chemical weapons were not widely used during World War II, large quantities were produced and stockpiled that became dumped at sea. 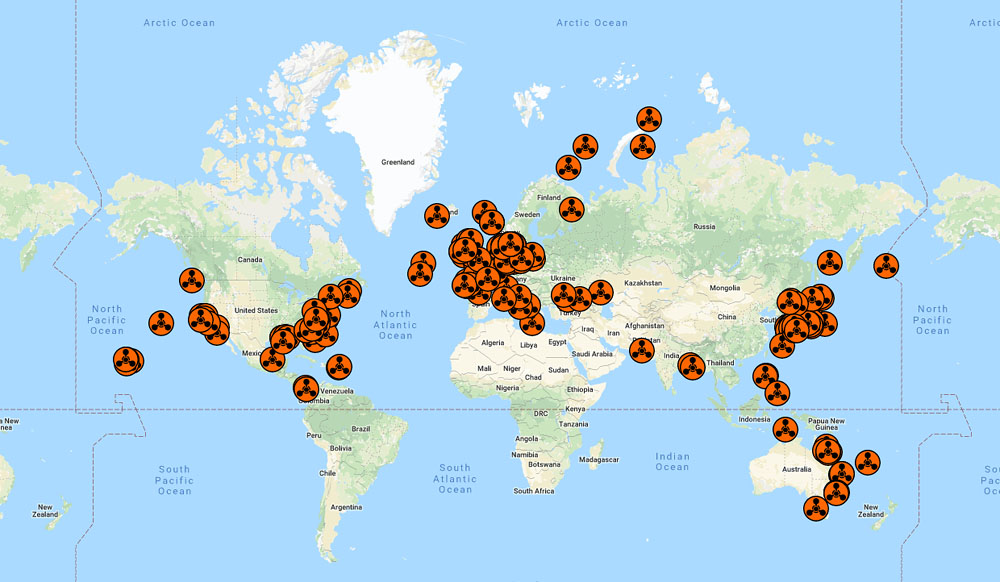 The main dumping sites of conventional munitions include the coastal sea floor around North America, Europe, and the southwest Pacific.

In addition to munitions dumping, 9000 military, auxiliary and merchant marine vessels were sunk during World War II. Hazards relating to these shipwrecks include oil spills, chemical releases, unexploded ordnance. This alone poses devastating threats to the coastal environment and the safety of human and marine life.

Typical munitions dumped at sea include: bombs. artillery shells, grenades, rockets, mines. depth charges, torpedoes. phosphorus flares, mortars, incendiaries, cluster bombs etc. The location, quantity, and identity of munitions were often poorly documented during disposal, and much of the information that does exist may be yet unknown.

In May 2019, it was reported that mustard gas had started leaking from First World War munitions in the North Sea, close to the Belgian coast. The munitions dump of 35,000 tons of unexploded bombs, shells and grenades, created after the Great War, has long been considered safe. A separate report estimates the amount of mustard gas to be 1 million litres.

In the UK coastal waters, 1.17 million tonnes of conventional and chemical weapons have been dumped, mainly in Beaufort's Dyke, a sea trench between Northern Ireland and Scotland. All but emergency dumping ceased in 1973.

A 2018 report notes that munitions contain organic explosive compounds as well as a variety of metals represent sources of chemical pollution to marine waters. Most underwater munitions housings have been impacted by extensive corrosion over the course of decades following the two World Wars. As a result, the risk of munitions related contaminant release to the water column is increasing.

A 2005 report funded by the UK MOD notes that a comprehensive list of dumped chemical weapons material does not exist, as the composition of material in many dumping incidents is unknown. Typical chemical warfare agents include: adamsite, chlorine, cyanogen chloride, hydrogen cyanide, lewisite, phosgene, sarin, soman, sulphur mustard, tabun VX110. The report adds Prima facie the dumping of both conventional and chemical munitions in the sea reflects a situation in which dangers to marine organisms and the potential danger to the food chain have been ignored. However, as many commentators have indicated, alternatives to this dumping were largely unavailable, particularly in the periods following both World War I and II when the majority of this material was dumped.

During the 1950's, approximately two tonnes of concrete-encased metal drums containing radioactive waste was dumped into Beaufort's Dyke. A Government spokesmen insisted that the waste itself, classified as low- level and intermediate-level, would pose no risk to health. 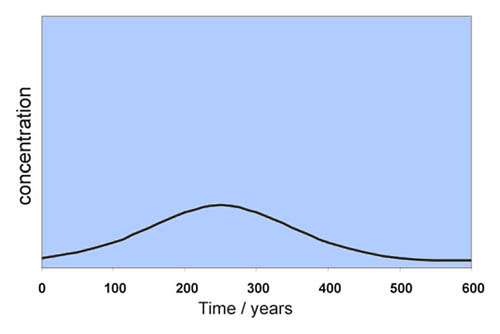 for chemicals leaking from munitions.

The situation was summarised by marine biologist Stefan Nehring who was tasked with writing an assessment of pollution in the North Sea. "In the coming decades, this is going to become a huge problem. Bombs are made of metal and metal corrodes, especially in salt water, and eventually the various poisonous contents of the bombs will be set free and enter the ecosystem". Already, arsenic from poison gas ammunition has been found in fish caught in the Baltic Sea.

A paper entitled Chemical munitions dump sites in coastal environments (p. 89) indicates a time frame over which hazardous chemicals will leak from corroding munitions casings into sea water ranging from 10 to hundreds of years.

The paper Monitoring Chemical Pollution in Europe’s Seas (p. 48) shows Russian scientists predict leakage of chemical agents from their corroding canisters, with a peak release in the middle of the 21st Century.

A 2018 review shows that there remain a number of knowledge gaps that limit our understanding of munitions-related contaminant spread and effect, and the need for additional work is made all the more urgent by increasing risk of release to the environment. The current and future release of contaminants from underwater munitions threatens to undermine the United Nations Development Goal 14 to reduce marine pollution.