Japan, Norway and Iceland continue the needless hunting of whales in defiance of the 1986 international whaling ban.

Based on records, well over 3 million whales have been killed by the whaling industry, depleting one species after another and hunting some to the brink of extinction.

The International Whaling Commission (IWC) implemented a global ban on commercial whaling in 1986. Since then, Japan, Norway and Iceland have defied the ban and needlessly killed 50,000 whales. They will continue killing whales because the IWC has no power to enforce its own regulations. 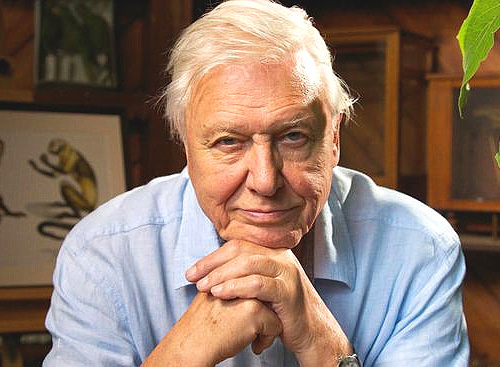 The excellent report 'Troubled Waters' was published in 2004 and is a comprehensive review on the welfare implications of modern whaling activities. Today, very little has changed.

Providing the Forward to the report, The broadcaster and natural historian, Sir David Attenborough writes:

Whales are highly evolved animals with all the sensitivities that that statement implies. They have a complex social life. They call to one another across the vast expanses of the oceans. They are the largest animals that have ever existed, far larger than any dinosaur. There is nothing in the body of a whale, which is of use to us, for which we cannot find equivalents elsewhere.

'Troubled Waters' contain hard scientific dispassionate evidence that there is no humane way to kill a whale at sea.

Dr Harry Lillie, who worked as a ship’s physician on a whaling trip in the Antarctic half a century ago, wrote this: 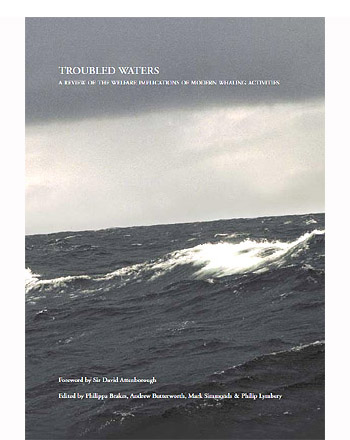 “If we can imagine a horse having two or three explosive spears stuck in its stomach and being made to pull a butcher’s truck through the streets of London while it pours blood into the gutter, we shall have an idea of the method of killing. The gunners themselves admit that if whales could scream, the industry would stop for nobody would be able to stand it.”

The use of harpoons with explosive grenade heads is still the main technique used by whalers today.

The overall conclusion of the report is that: "Modern day whaling activities give rise to serious animal welfare concerns. A number of factors inherent in current whaling practices render it unlikely that truly humane standards could ever be achieved. On grounds of animal welfare alone, therefore, all whaling operations should be halted".

Amongst the many natural history documentary series he has presented, perhaps it was his Blue Planet II series, broadcast in 2017, that revealed the shocking state of the oceans and inspired many millions of people to think more about plastic waste. Some viewers reactions.

There is No Need, or Justification, to Continue Whaling

Unlike former times, whales are not needed for food, whale products or anything else. In the 21st century, whaling is needless and inhumane. All whaling activities operate at a loss and are heavily subsidised.

The whaling industry is constantly looking for new ideas, new markets and applications for whale products to keep their industry afloat. Due to human activities, whale meat and whale products have become toxic causing human health issues. In the words of Sir David Attenborough, "There is nothing in the body of a whale, which is of use to us, for which we cannot find equivalents elsewhere".

The whalers say that it is a part of their culture. Today, most civilised nations have past periods in their culture of which they are ashamed and would prefer to forget.

The UK has a significant fishing industry that employs 24,000 people and contributes £1.4 billion to the UK economy. The UK does not consider whales as a competitor to its fish stocks. On he contrary, the UK is absolutely opposed to whaling. In response to our enquiries, the UK Minister of State for Agriculture, Fisheries and Food has confirmed and recognises "the wider ecosystem benefits of whales, including the important role they play in ensuring healthy fish stocks and in sequestering carbon from the atmosphere. Scientific research in these areas continues to reveal how important whales are to our planet".

Throughout Europe, whales, dolphins and porpoises are legally protected, especially in the UK where it is illegal to kill or injure a cetacean intentionally or to recklessly disturb a cetacean.

Amongst many other nations, the European Union is strongly opposed to whaling and the hunting of cetaceans, as evidenced by the following European Commission press releases:

Whaling Is Not Sustainable

The whalers argue that they only carry out sustainable whaling. That means: killing whales at a rate without causing a species population decline.

Today, there is no such thing as sustainable whaling. "Right now, we are facing a man-made disaster of global scale." We have 10 years to save the seas or life on Earth will become impossible.

Whaling is not sustainable. Sustainability is the capacity to endure. Today, both whales and the oceans are in crisis and have little further capacity to endure. Whaling contributes to the destruction of ocean ecosystems and healthy fish stocks. Whaling contributes to climate change and diminishes the air that we breath. Whaling completely ignores the vital contributions that whales make to the environment and man. These contributions were recognised by International Whaling Commission in 2016. Yet still, The International Whaling Commission lacks the teeth to enforce its own regulations.

The hunting and killing of whales is detrimental to all sea life. It has a direct impact on each of us and hampers our efforts to rehabilitate the Earth's environment and restore the climate. Our home page explains the remarkable contributions of whales to the whole planet and mankind - which the illegal whalers Japan, Norway and Iceland choose to disregard.