If you haven't already been exposed to toxic whale products you probably will unless governments take action.

It's only in recent years that we are beginning to realise how much we have polluted the oceans with, amongst numerous other things, toxic chemicals. Since whales can live from between 20 to 200 years, these toxins can accumulate in dangerously high concentrations for both whales and humans.

Virtually every part of a whale can be exploited and marketed for use and consumption by unsuspecting consumers. Typically in food, cosmetics, pharmaceuticals and health products. Indirect use of whale products into the food chain can be from whale derived animal and fish feed. Whale derived fertilizer can be used for crop and cereal cultivation. 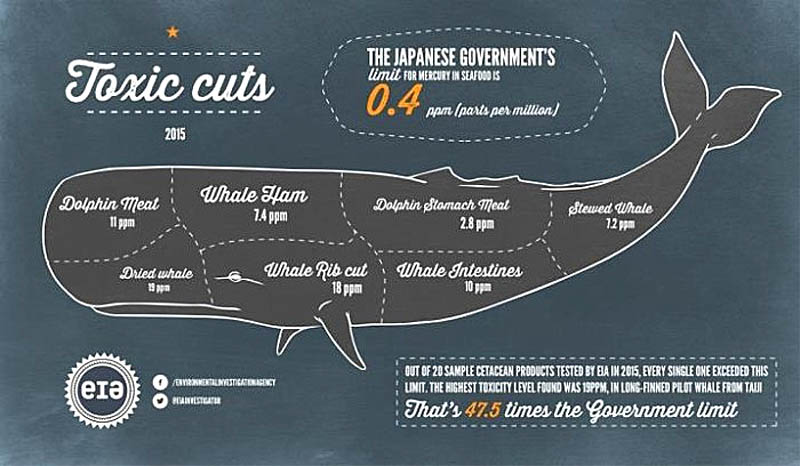 Whales are full of toxins. Over a number of decades, an abundance of scientific evidence has been gathered on the toxic chemicals in whale products and related diseases in children and adults. The whaling nations Japan, Norway and Iceland know that whale products are toxic but continue to ignore medical recommendations and guidelines and flout what little legislation exists. The following provides just some of this information: 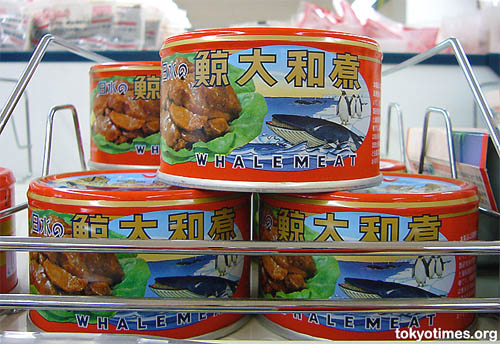 From 1987, Japan hunted and killed 16,323 whales for 'scientific research'. After all this research it must be well known by the Japanese authorities that whale products are heavily polluted with toxic chemicals. DNA analysis of whale meat sold in Japan has also been conducted by foreign researchers and conservation organisations since 1993.

New Scientist reported on 6 June 2002 that tests on whale liver samples revealed levels of mercury 5000 times higher than the Japanese government’s limit. The research carried out by the University of Hokkaido stated that "Acute intoxication could result from a single ingestion". The study found that mercury levels detected in kidneys and lungs were approximately 100 times higher than the limit.

The researchers warned that pregnant women risk poisoning their unborn children. In the 1950s and early 1960s, hundreds of children  around Japan’s Minamata Bay were born with horrific birth defects after their mothers ate seafood contaminated with mercury compounds. Thousands more suffered brain damage due to Minimata disease.

A Greenpeace investigation revealed allegations from an informant that cancerous tumours found in whales are cut out and the remaining meat processed for public sale. Download the full dossier.

Whale products have mercury, PCB and DDT levels exceeding the thresholds of safe human consumption. Stockpiles of this toxic whale meat have accumulated as a bi-product from the Japanese ‘Scientific Research’ whaling. In an effort to reduce the stockpiles, the Institute of Cetacean Research reintroduced whale meat to school menus and sold it for a third of the market price.

In 2015, Environmental Investigation Agency (EIA) reported that whale meat shipped from Norway to Japan contained levels of harmful pesticides that violate human health standards established by the Japanese Government, The Norwegian whale meat was too toxic, even for the Japanese health authorities and was rejected.

Documents revealed that the rejected whale meat contained aldrin, dieldrin, and chlordane, thought to play a role in causing birth defects, neurological harm, and some cancers if humans consume them in high quantities.

“Japan is right to take action to prevent the import of toxic Norwegian whale meat,” said Clare Perry, head of EIA’s Oceans Campaign. “However, it should also look to its own cetacean hunts, which provide thousands of tonnes of toxic whale and dolphin products for unsuspecting Japanese consumers, putting them at increased risk of serious diseases, including Parkinson’s disease, arteriosclerosis and diabetes.”

Selling this product to unsuspecting consumers not only reduces the whale meat stockpiles but the profits gained are used to fund ‘research’ for the next years whale hunt and onwards.

Database of scientific publications on toxic substances in whale meat

Whaling ambitions into the 21st century - profit before everything else 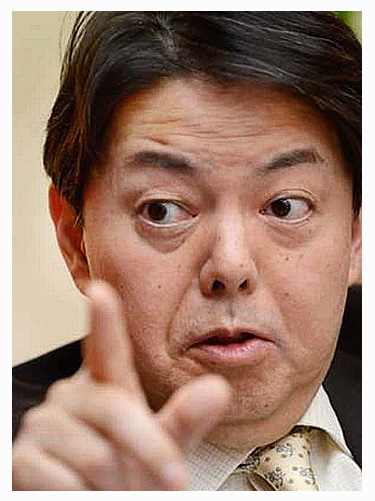 To sustain a declining and heavily subsidised whaling industry, the hunt is not so much for whale meat, but new whale derived products for highly profitable markets such as: pharmaceuticals, cosmetics, health supplements, nutraceuticals, animal feeds, food additives, confectionary, lubricants, etc.

As reported in the Japan Times, The plan is to market whale products as health supplements, nutritious drinks, a potential weapon in the fight against dementia, a way of combating fatigue, a way of reducing health costs.

Kyodo Senpaku Co is already producing dietary supplement products and nutritious drinks using whale-derived balenine as an ingredient. Kyodo Senpaku is a for-profit company that conducts the collection, processing and wholesale of whale byproducts on behalf of the Institute of Cetacean Research. Kyodo Senpaku has offices world wide.

Japan's fisheries minister Yoshimasa Hayashi said on  26 February 2013,  "I don't think there will be any kind of an end for whaling by Japan".

In 2018, the fisheries agency committed $900,000 just for a study into the future of commercial whaling.

New applications for whale products is given in a report by the Whale and Dolphin Conservation Society (WDCS) entitled 'Reinventing the Whale'.  Amongst its conclusions, the WDCS reports: 'It is clear that Norway, Iceland and Japan are intent on reinventing the whale for the twenty-first century and will use any hunts permitted by the IWC to continue developing new industrial uses for whales, including pharmaceuticals, health supplements, animal feed and even cosmetics. The report was dated May 2010 and much will have moved on since then.

It is known that whale meat is toxic, but what of the other whale products planned for the new markets?  What are the risks to consumers from these products, either directly, or indirectly through animal, poultry and fish meal? So many questions but no answers.

As has already been demonstrated by the whaling industry, profit comes before the wellbeing of whales or humans.

The figures below show the direct and indirect human exposure to whale derived products from the hump back whale and sperm whale. These whales are protected but DNA sampling has shown that their meat has been sold in Japan: 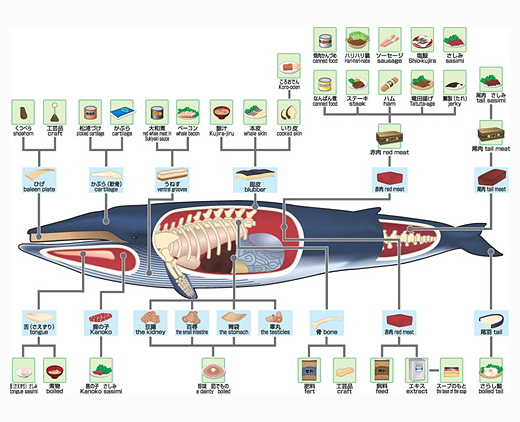 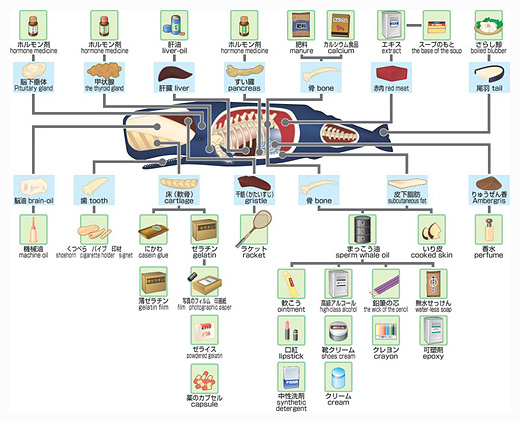 Whale products in every part of the human food chain

Most of us are aware of food manufacturers reluctance to spell out the ingredients in their products. If you study the charts above you will see that whale products can be added to the human food chain either directly, or indirectly:

To help you choose cosmetics with whales in mind, you will find a list of companies that do and do not use animal ingredients here.

More information on contaminated whale meat can be found here

The above are just a few examples. From the charts you will also see how whale products can interact on our bodies from within and without.